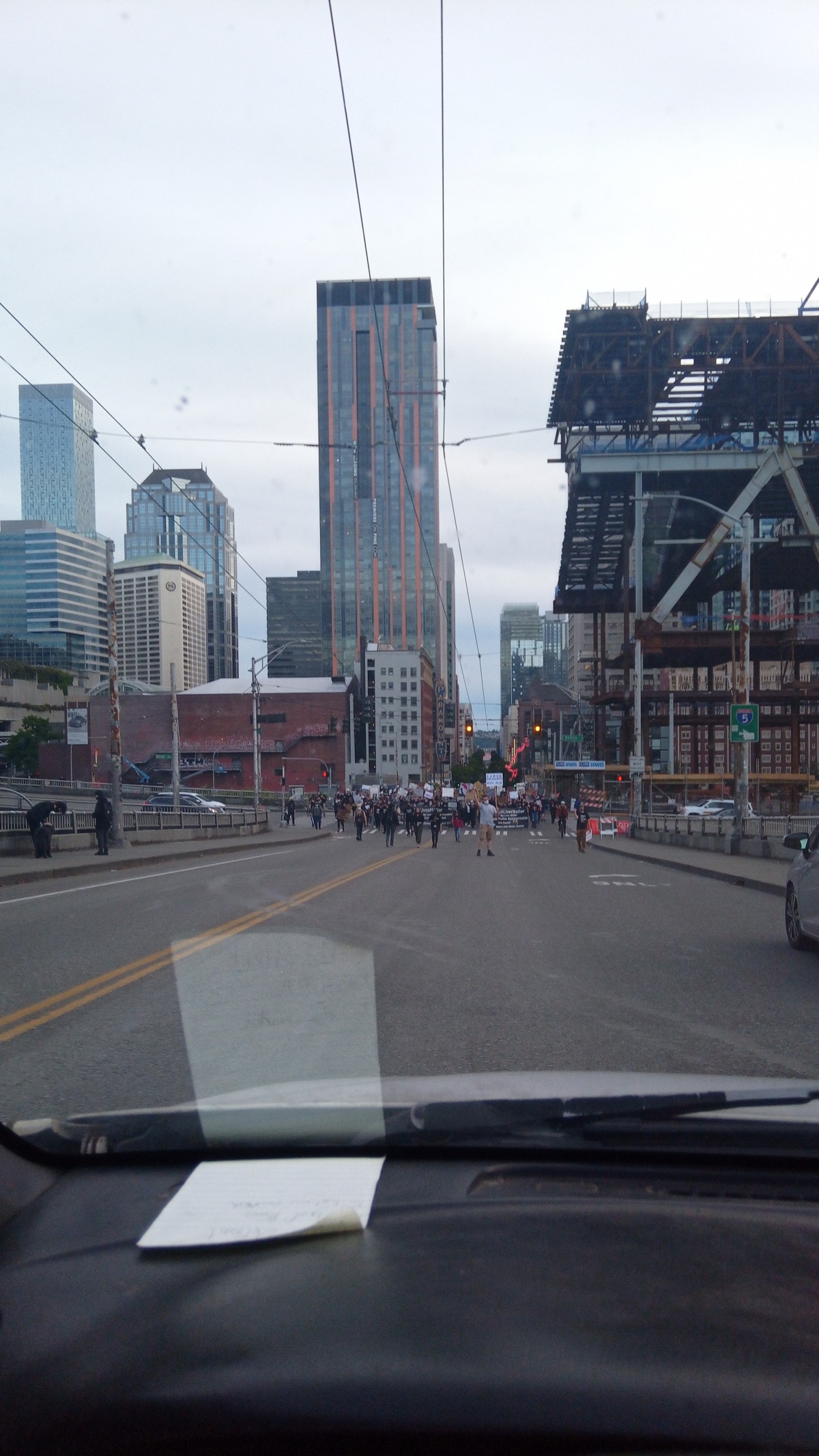 “If you can touch me, that means I can touch you. You just won’t like the way I touch you.” – Grandmaster Gaylin Griffie

As you may know, I’ve gotten back on twitter for the second time, where you can find me @baconcomments. And I’ve said it before: your social media is what you make it out to be. Hell, some of the accounts there are just random shit postings, so you can literally just have your feed be shit posts and jokes if you so choose. So for those of you that are complaining about twitter or other social medias, I invite you to ask yourself: who did you choose to follow that is making you so stressed to the point you want to throw out not just the bath water but the entire tub itself? Better yet: why do you let what other people say bother you so much? As I’ve said before, people can say whatever they want: how what is said affects you and others is on you and them, not the person saying it. Meaning if you’re upset that someone said, for example, something that goes against your political ideology, why are you letting that upset you so much? Whatever issues in reality needing to be dealt with nonwithstanding, your emotions are your problem, not anyone elses. Going back to getting on twitter again, let’s just say it’s made waiting around at vendors or for orders to come in a hell of a lot more fun: it’s almost as if the entire format was made for my style of drive by commenting. And I’m still learning about how different things work compared to instagram. I don’t check too often, but based on the analytics, hashtags don’t appear to work quite as well as they do on twitter. 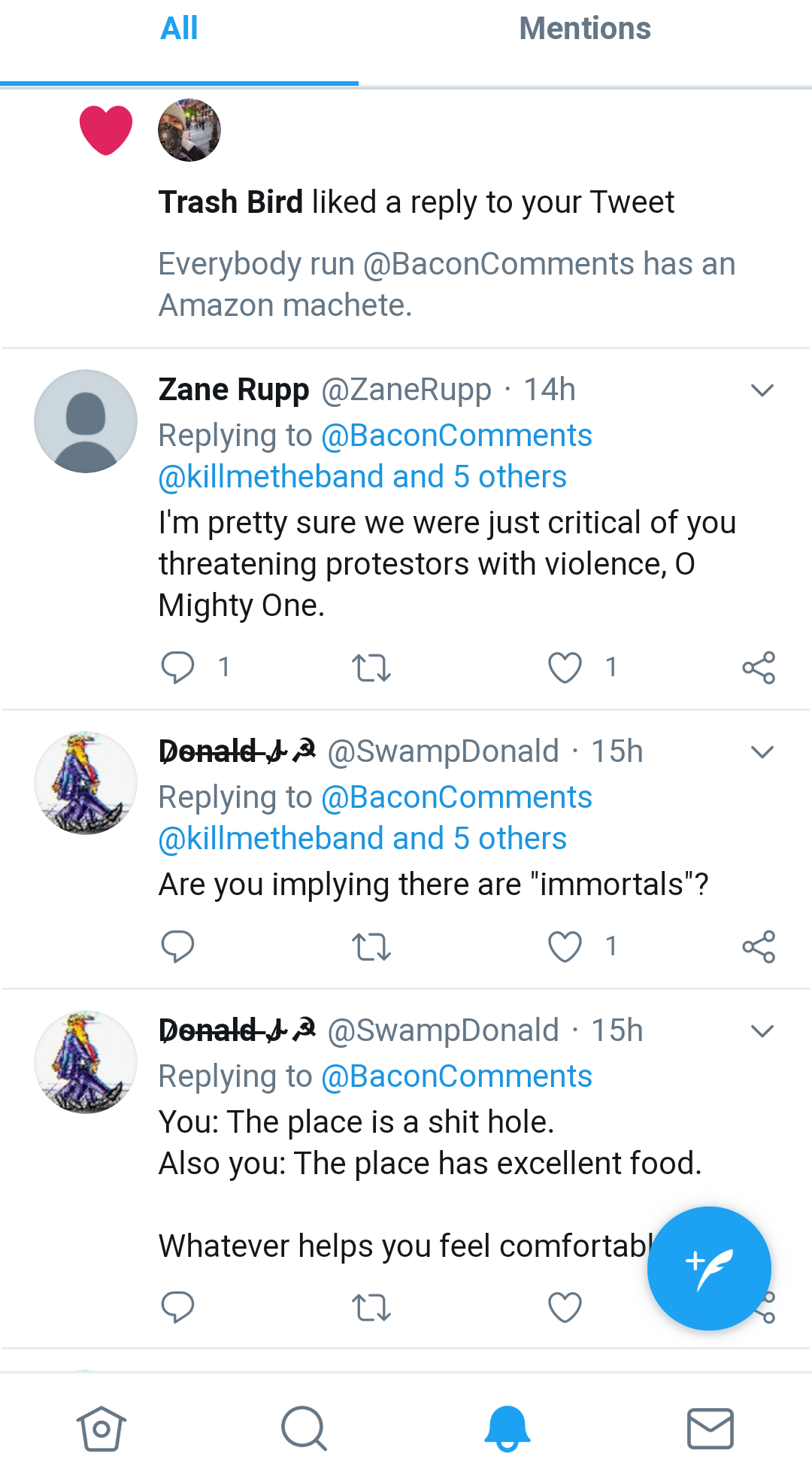 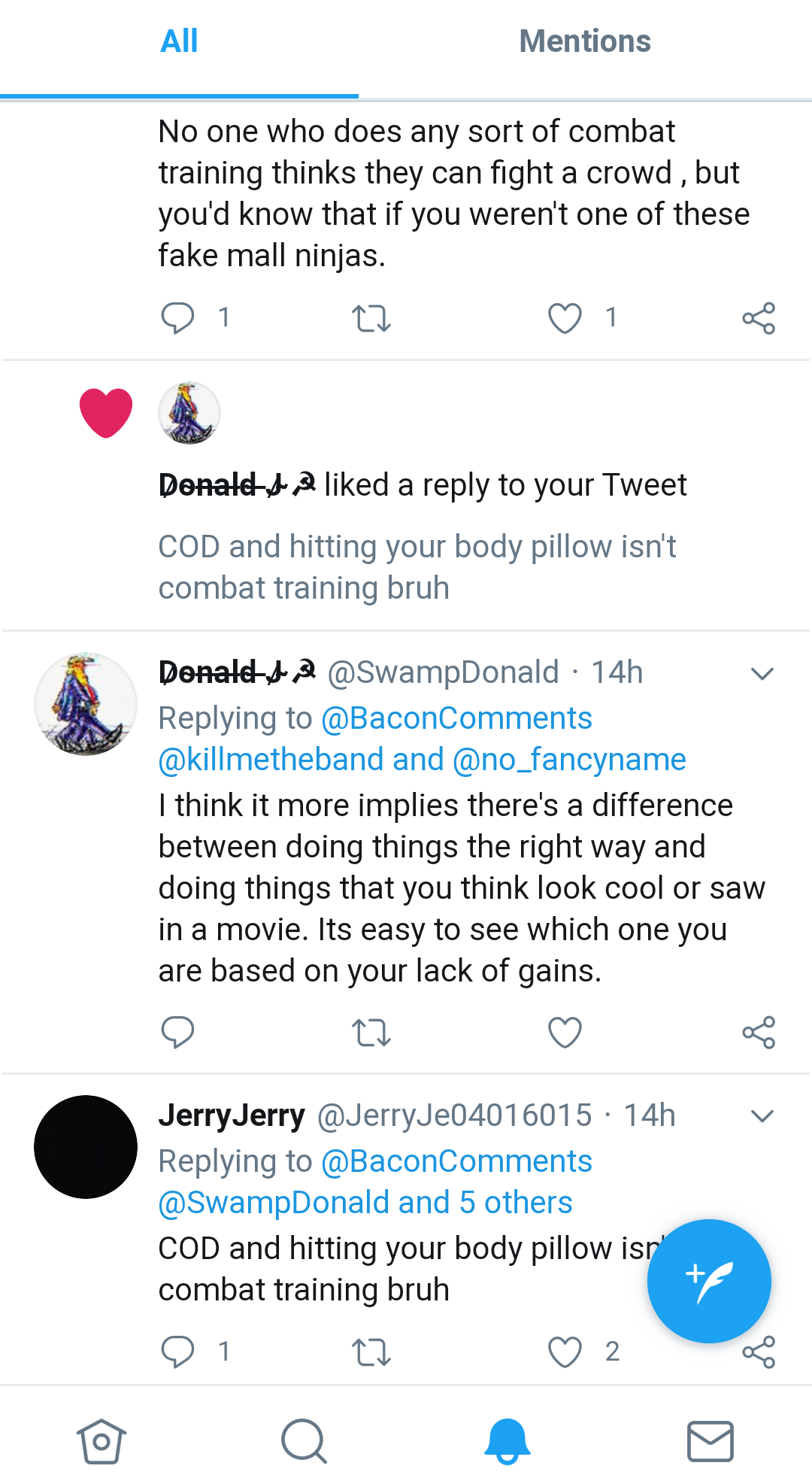 Which brings me to last night. What happened last night? Quite a few things, and again if you follow me on twitter @baconcomments you already know. First thing was that, during one of my runs I ran into yet another street clogging protest at a major intersection, with guys telling people driving to wherever they’re going to turn around. Instinctively I turned around given I had a mission to accomplish, though I made my opinion to the white people holding me up known on the way out, and rerouted around the latest band of merry fucking retards to get to my destination. But then I thought to myself: why am I even entertaining these assholes? For fucks sake, given my skin colour, they’re quite literally holding up a black owned business, and for what, having what amounts to a get together to fuck with other people in the name of saving black lives from police brutality. And so I took the pic I shot, said if I run into one more protest like this, I ain’t turning around anymore, and made sure I tagged everything involving this literal shit show. And wouldn’t you know: it got quite a few humans’ attention, and I got called all kinds of things, was told I was merely being inconvenienced inside my air conditioned car, then when I said I don’t have air conditioning apparently some local band said I can’t afford it (of which wouldn’t that be the opposite of privilege?), and told that I was spurging out on rage and what have you; a true projection if there ever was one. But one thing that stood out to me was all of them apparently are “tougher” than me. They all seem to think they, mob or otherwise, could take me on, should I choose to not turn around and move. And apparently, given the avatar I have up there is my regular Bacon flames above a cartoon Thanos snapping his gauntlet fingers, they think I’m doing what I can guarantee you they themselves are doing and hiding behind it. 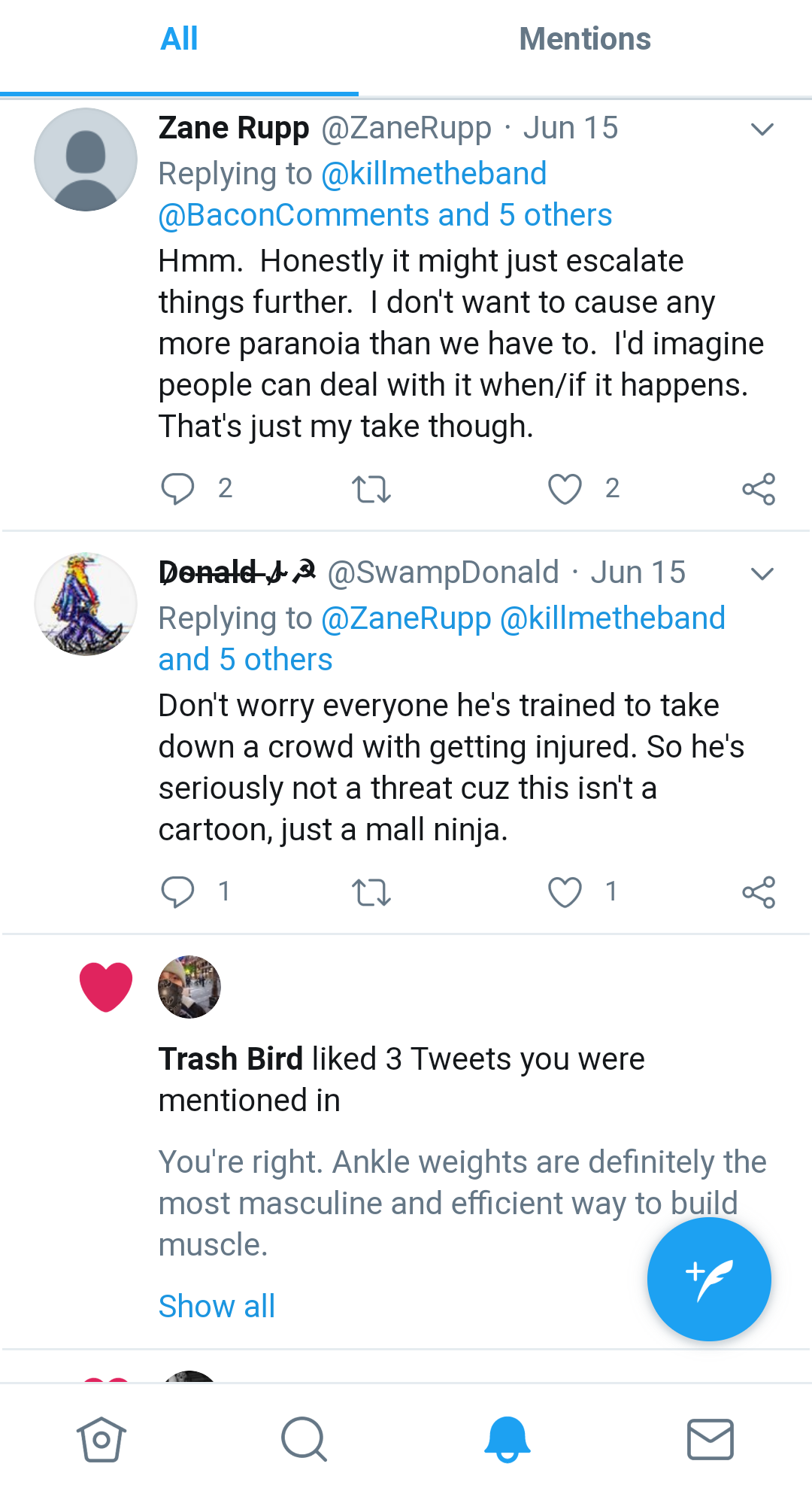 I have personally walked through their little occupied zone. These people are cosplayers at best. Aside from one guy in a suit of armor, none of these mortals pose any kind of threat to me. But they clearly don’t know that. They think I’m like them, with the difference being that I’m just angry at being merely inconvenienced by their marches. Again, since some of my stuff is classified, they probably think that, like a lot of them, I’m a skinny little white guy in his 20’s. They don’t know I’m a 6’2″ black guy from Inglewood that’s trained in combat martial arts starting back in 2003 and continues to train to this day, possibly even harder than I did before. They don’t know that amongst the new fitness experiments I’ve embarked on is a set of metal weights I wear everyday along with other things I carry. They don’t know that I’ve been in more conflicts ranging from mere scuffles to outright fucking riots than they’ve seen on TV. And that’s one thing they have in common with another group of people I end up spending time with, and likely the only thing they have in common that isn’t related to being part of the homo sapien species. Who is this other group. They’re not exactly a group since they span across many industries, but they all have this one thing in common: 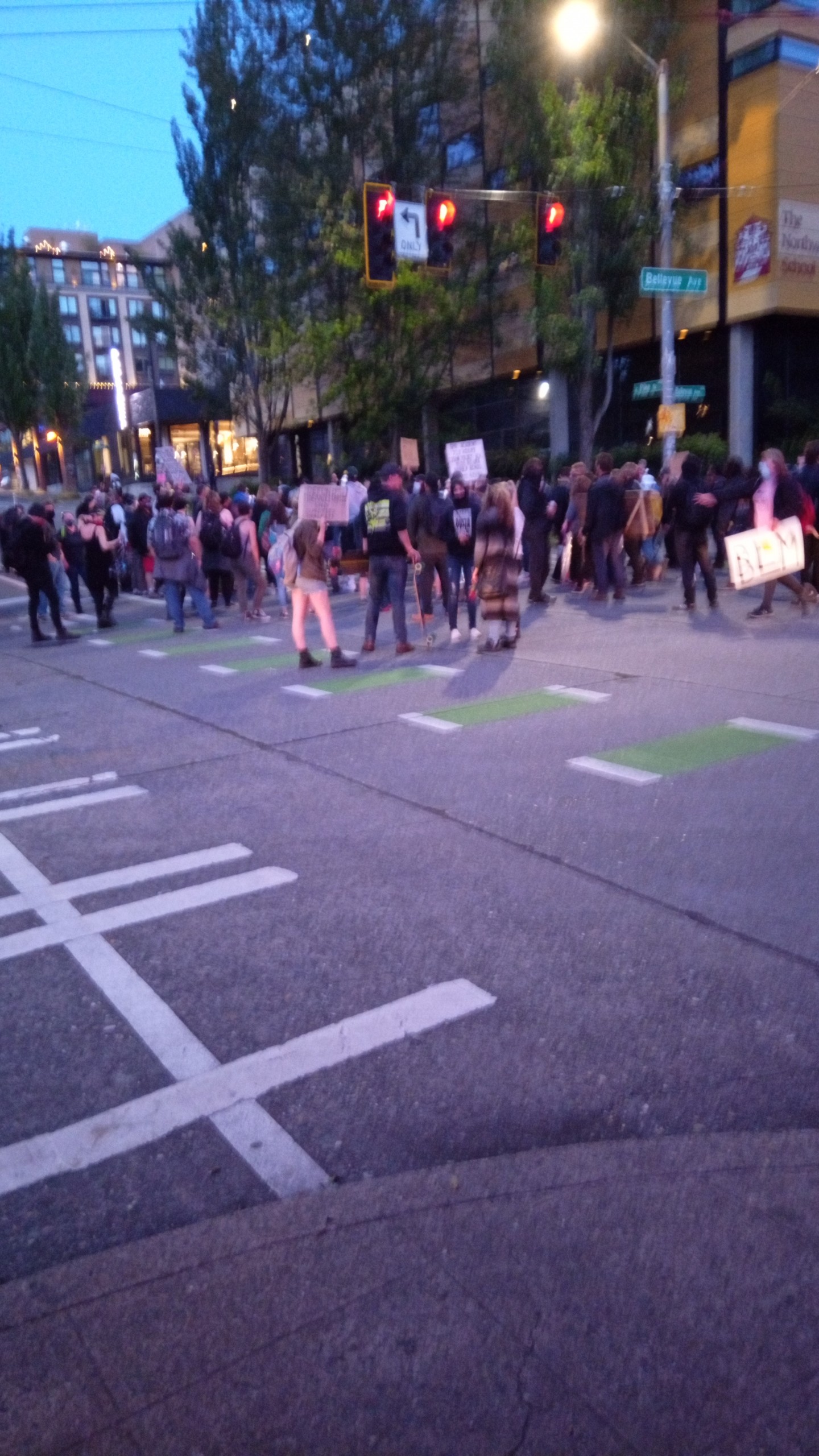 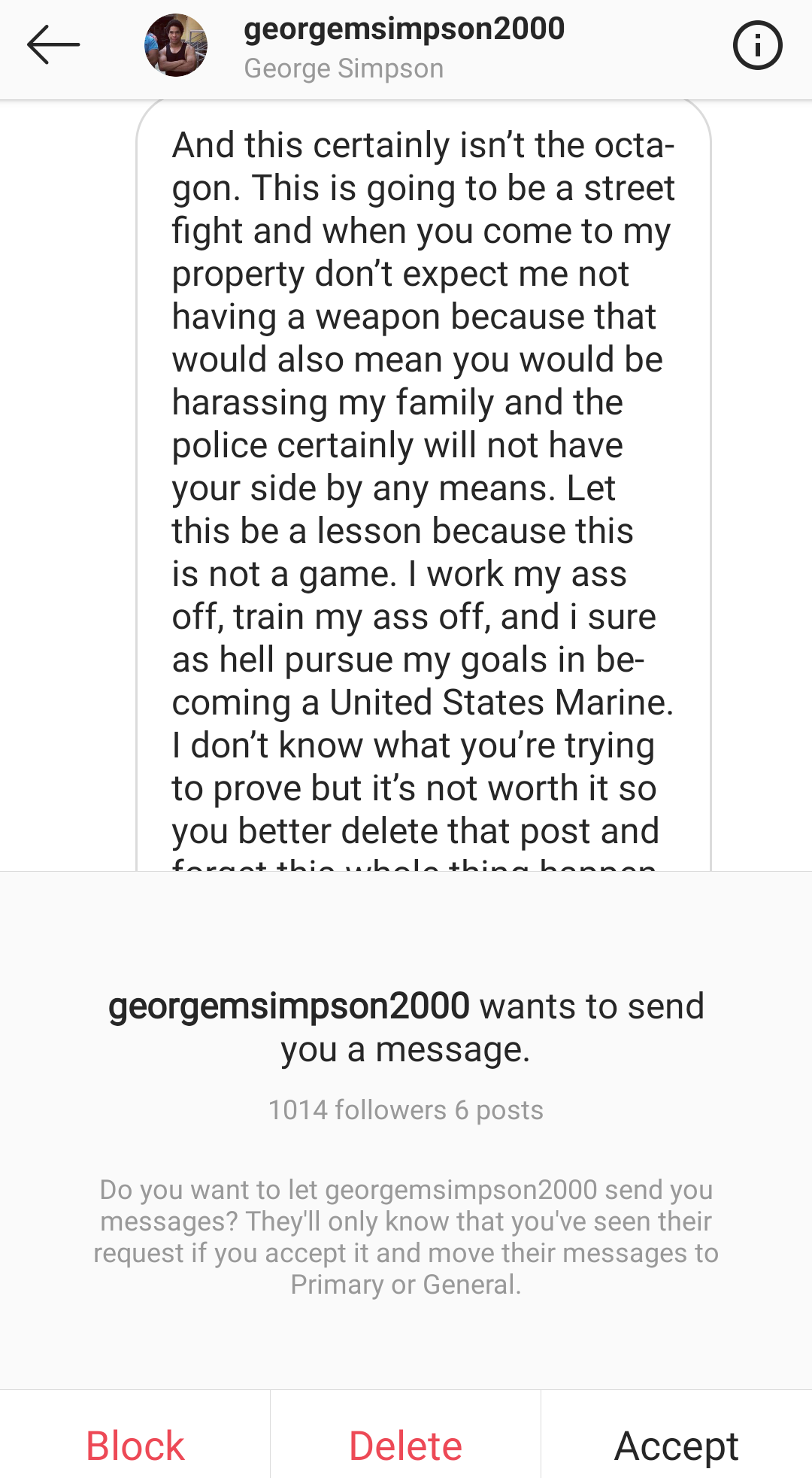 “Speaking of which: anyone remember these assholes? It’s almost as if there’s a pattern here….”

To give you an idea on how these people are actual tough guys, let’s start with their professions. First, the public side. It can range from various flavors and jurisdictions of law enforcement, from your local city police force up to state patrol and federal forces. You also have those in the military, ranging from the average army grunt that served a 4 year stint up to guys like Terrence Popp that bacame Army Rangers and Navy SEALs. Funny enough, I not only had a guy that was part of my martial arts school that was a ranger, but my first job up here I worked with another guy who was also a ranger, and in both instances we got on quite well. On the private side, you have your various security agencies that may or may not deal with the public, but more often than not they do. At the top of that list is the ones that are trained to essentially be the local law enforcement on private property (they’re called protection agencies here), complete with a gun, badge and various other implements of defence and detainment; the armored car industry that Rob of Robsays.net was in also comes to mind. One such guy was working at a building I was delivering to and had his patrol vehicle outside, and he showed me all kinds of things he had and planned to get for his force there. Another guy that comes to mind was a security guy working for the transit station nearby that I was walking through after picking up some stuff from the local farmers market, that I ended up talking to for well over an hour: turns out he was also an Army infantryman that did a couple of tours in Iraq and Afghanistan and saw his fair share of combat; still remember his name to this day. I bring these encounters up because they have one thing in common aside from most of them being white guys: these complete strangers at the time I ran into wearing civilian attire and can spark up a conversation about all kinds of things combat or militarily related or otherwise, often with them volunteering a lot of information; it’s as if they don’t have too many other people to talk about these kinds of things with! Same with the cops, sometimes in riot gear: a lot of times though usually in passing, I end up chatting with them a bit, friendly encounters pretty much every time. 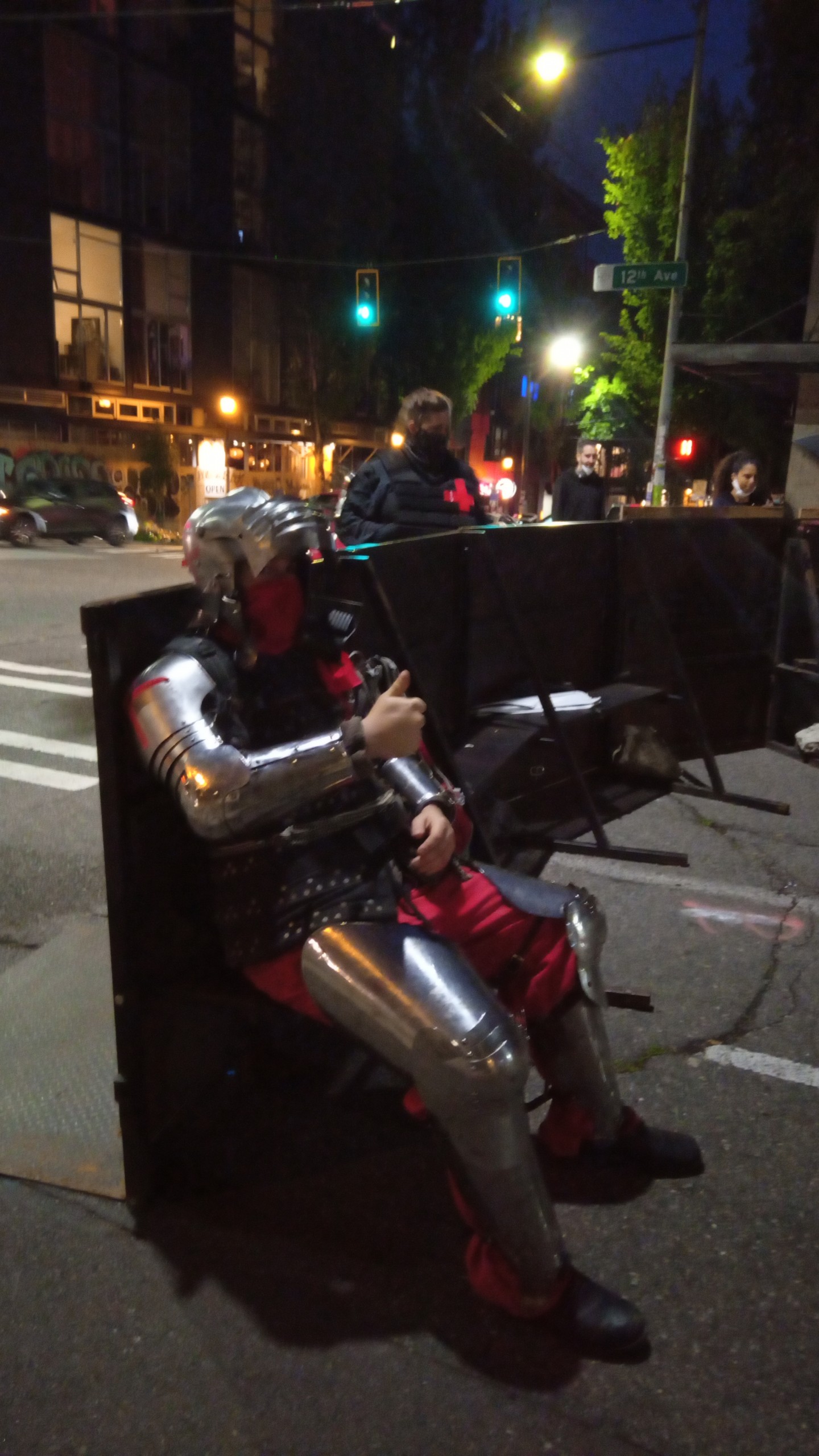 “Given this guy knew what may or may not stop a 5.56 round, he might know a thing or two as well.”

“Real recognises real”, as the saying goes, and somehow these guys wind up telling me about all kinds of tactics and actual combat experience, even though they knew nothing about my own combat background; somehow they figured out I might actually be able to comprehend what they had to say. You know what these don’t talk about? How bad ass they are. How tough they are. How they’re better than whoever they end up arguing with and end up calling them names and making unfounded judgments. Now perhaps when they’re on social media if they even bother doing so, they talk a lot of shit online and trash people they disagree with. But I’m gonna take a wild fucking guess that even if they were so inclined, they have far better things to do than argue with avatars on twitter. Closest thing I can think of is the Ranger in my class that was playing Call Of Duty online, and some kid started talking shit to him as kids tend to do when they’re behind the safety of their internet connection. Or so he thought. Apparently this kid took things a bit too far, and our Ranger buddy took the time to find this kid’s address, what he looked like and where he went to school, and showed up after school let out in a ghillie suit right behind him; from what I heard he ended up needing a change in underpants afterward. But for the most part, actual tough guys don’t need to talk about how tough they are: they merely tell you how they trained and what experiences they have, and only show it off when necessary. That’s how I know these fucking idiots on twitter have probably never even taken a punch, let alone could survive an actual skirmish with any of the people I know, let alone me. 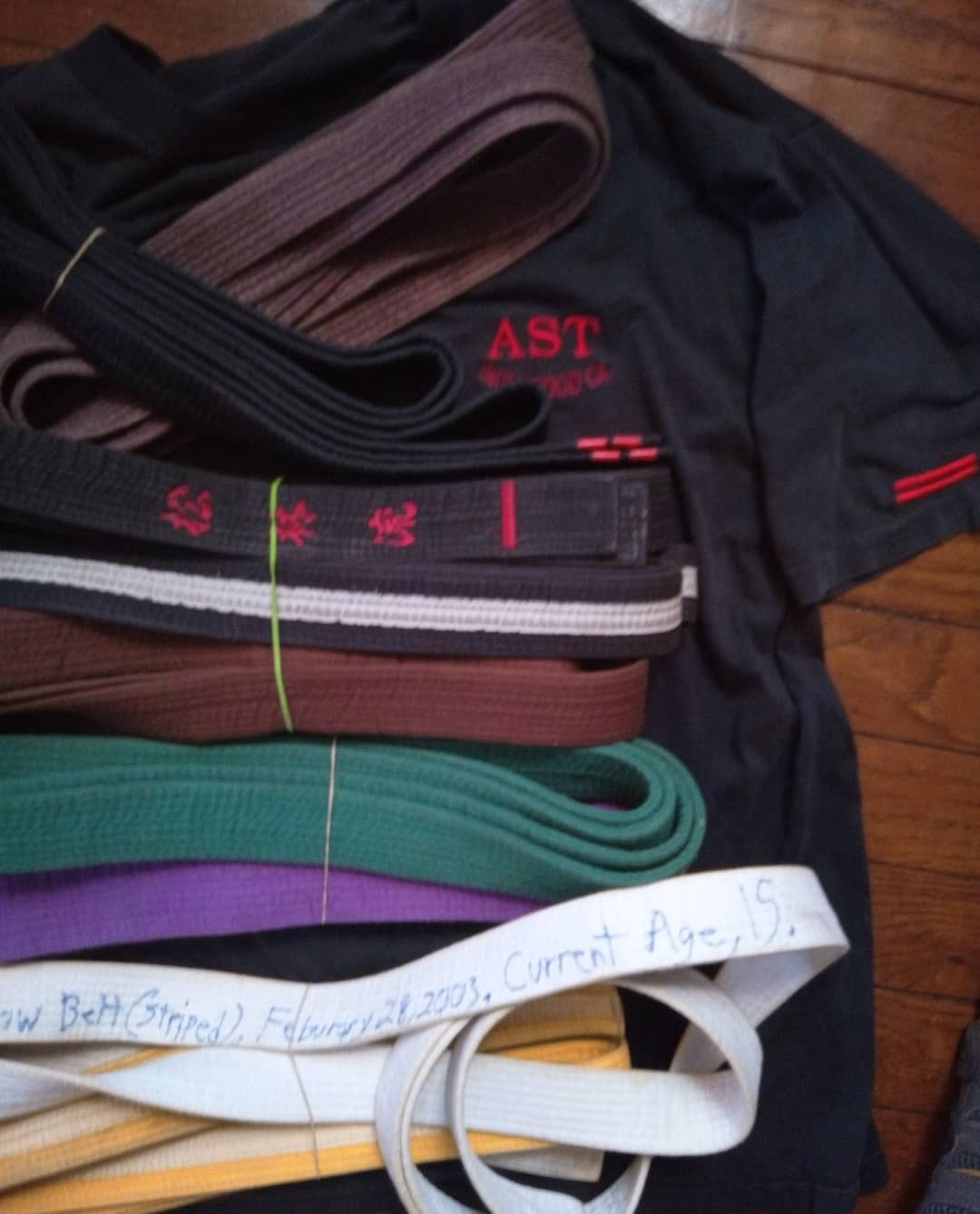 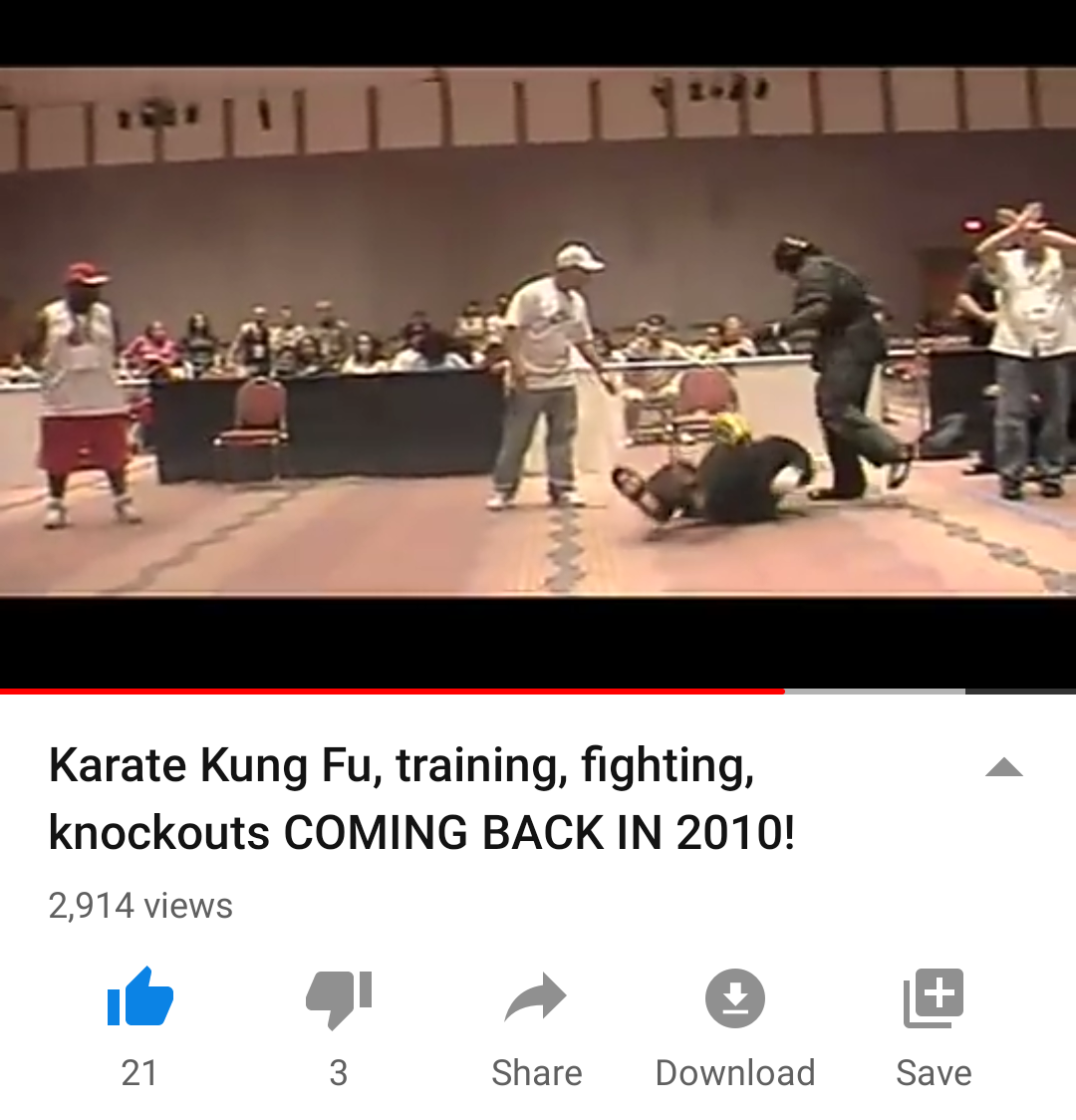 One more thing that happened that night: I picked up my last order, and as I was loading it in my vehicle a guy also on the clock asked me if I was driving which I was, and ended up pleading with me to jump start his car, complete with his own jumper cables. Now perhaps because I was digging in my cabin instead of turning my vehicle around he thought I was ignoring him, when I was actually grabbing the mobile jump starter out of my everyday carry bag. Got him up and running, told him where I got it from (amazon for about 70 bucks), and he thanked me profusely. Reason I bring this up: he happened to be a black guy. Now given I was on the clock at the time I could’ve said as much and drove away, but that’s not something I would do if I can actually help someone; doesn’t matter what their skin colour is, as not just a couple of months before hand I also helped out an Asian couple in the same predicament. But now I can honestly say I helped that black gentleman more than the entirely of the black lives matter movement, and certainly more than these dweebs holding up traffic so they can feel important and yelling at people like me for saying anything about that. So, if you had to place your bets on whose superior either in actual virtue let alone a physical confrontation, who are you putting your money on: these  guys, or just me? 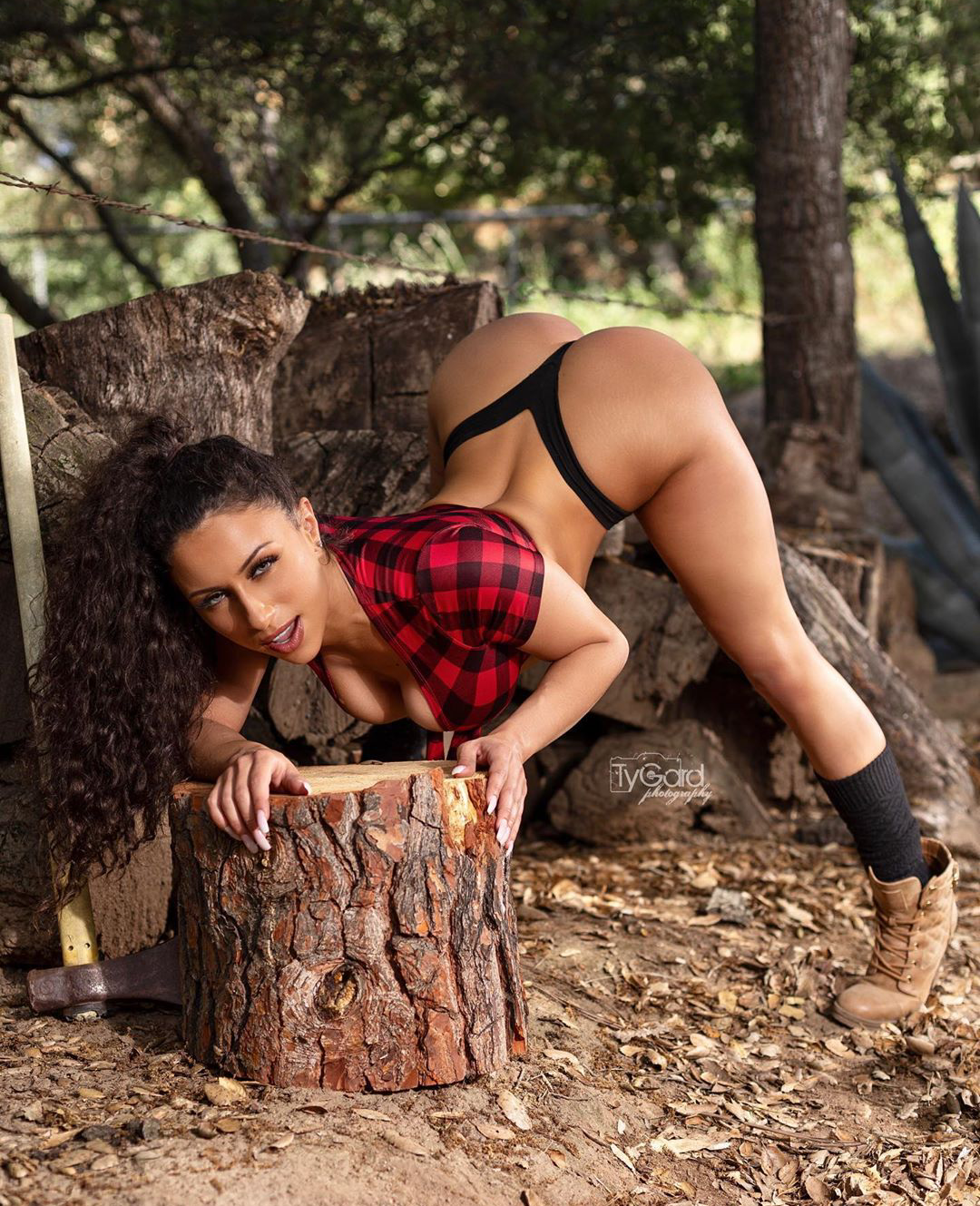 “Pictured: your women in front of me after I’m through with you retards.”