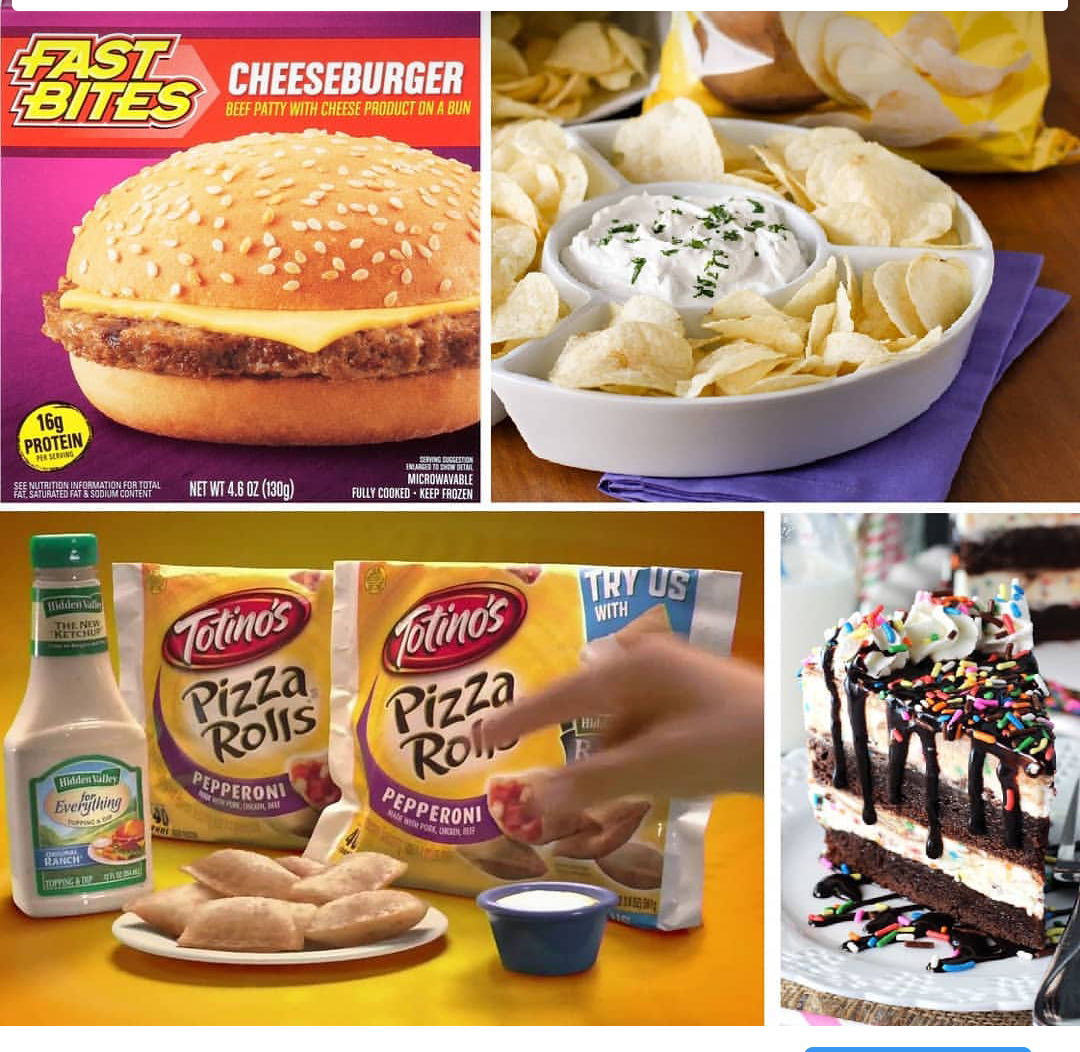 “Never underestimate the sheer power of compound interest over time, no matter what field you apply it to.” – The Goddamn Bacon

This article is a marriage of two previous articles, both labelled “The 3 Ingredients That Ruined Fast Food.” I am rewriting and editing this, both for the purposes of Aaron Clarey’s page (captaincappitalism.blogspot.com), and to combine the info and arguments from both, as I believe this is one of the most important articles I’ve ever written. Thanks for taking the time to read, and hopefully this pays off for you in the long run:

Hey Americans! You like fast food, right? Let’s be clear here: whatever your opinions are about food, most of us would agree that the concept of “fast food”, where whatever your nourishment of choice may be can be made to eat faster, is pretty awesome. After all, nobody likes spending 5 hours to make something if they could get the exact same thing in 5 minutes.

What fast food is today, however, is generally regarded as unhealthy, and for good reason. Most “fast food” is what you get in a to-go, drive through style, with places like McDonald’s typically being the figurehead of the industry, though this also includes the Hamburger Helper and other boxed foods in the middle of your local grocery store. And the majority of people whose diets include copious amounts of fast food meals tend to have the most health related problems and mortality rates.

But what is it about fast food that makes it so unhealthy? Keep in mind that businesses go into business to make a profit. And one of the ways to do that, aside from raising prices, is to lower overhead; lowering the cost of manufacturing the product specifically in the example here. To be open here: there’s a whole lot more to nutrition and dietetics that explains the health problems western cultures face today, but when it comes to pointing a finger at a culprit, these 3 ingredients are the biggest sources of your problem with McDoubles:

1. Added Sugar: sugar, sucrose, corn syrup, high fructose corn syrup, evaporated cane juice (not making that one up), agave nectar, rice syrup, molasses, cane sugar, cherry/pineapple/orange/ any fruit juice, pineapple juice powder, etc., etc., etc. Generally, if you follow the advice of any decent nutritionist and only shop the perimeter of your local grocery store, it’s fairly easy to avoid these, but even some processed meats might have added sugar (corn syrup solids in hot links, for example). When I mention sugar, I’m not talking about fruits and veggies in their natural form; those are fairly healthy when eaten as they are. Think soda, cookies, condiments, “low fat” foods, etc. Most manufactured foods today have added sugar to make them tasty, particularly if they’re marketed as “healthy”.

Why It’s Bad For You: There’s a myriad of issues added sugar have, ranging from spiking insulin levels and contributing to insulin resistance, to fructose (the most dangerous part of sugar) destroying your liver faster than ethanol can, without even the nice buzz you get from a delicious IPA. What’s more: it’s actually as addictive as some hard core drugs, such as cocaine; that’s one reason, I believe, that people who abstain from alcohol for an extended period of time start to crave anything with high amounts of sugar in it. Of note: while High Fructose Corn Syrup (HFCS) has been given the finger for the explosion of diabetes, most versions of HFCS are actually about 55/45 fructose/glucose (for comparison, sucrose, or table sugar, is 50/50). One of the “healthy” replacements mainstream experts have put forward is agave nectar, which can go up to 80% fructose.

2. Vegetable Based Oils: vegetable, corn, peanut, rice, grapeseed, rice, sunflower, safflower, canola and soy oil. The form that’s particularly deadly: Trans fats, partially or fully hydrogenated oils (usually from canola or soy), usually found in the form of margarine and vegetable shortening (aka Crisco). Again, shopping the perimeter cuts a lot of this out, but you will see this, again, in cheaper meats and prepackaged foods, such as canned chili and cheap jerky (looking at you, Walmart’s Great Value Jerky!). NOT to be included in this list: olive, avocado, coconut and palm oil, as well ass any of the above oils in their natural forms, such as nuts or legumes.

Why they’re bad for you: Far from being a healthy alternative to butter, these types of oils are polyunsaturated (PUFA), meaning less stable; some bottles of cooking oil actually spoil while they sit on the shelf, long before you even buy them. And while some PUFA oils are good (omega-3 in olive oils, for example), others, like omega-6 are bad if consumed at a far higher ratio, as they contribute to inflammation and cellular damage due to their oxidative properties, this being the cause of the vast majority of chronic illnesses today. Canola is the least offending subject here, but your average commercial oil have omega 6/3 ratios as high as 16:1, a deadly combo when paired with:

3. Refined Wheat: bleached/unbleached wheat powder, wheat flour., etc. Obviously used to make bread and other bakery products, it’s also used as a thickening agent in other things, such as gravy and some imitation dairy products. Also to be included, but not nearly as bad: Whole wheat, actual grains, durum/semolina wheat, such as pasta and couscous, and fermented products, such as sourdough (there’s your out if you love sandwiches!).

Why It’s Bad For You: The biggest effect is that refined wheats is that it acts in much the same way that added sugar does, spiking blood sugar levels, along with the other fun effects of metabolic syndrome. And one of the reasons it does is the species commonly used isn’t the healthy ones we had in the past, such as einkorn or red, but dwarf wheat, which is nowhere near as nutritious. A small back story: wheat was once a healthy grain, and in some places it still is. Dwarf wheat however, which in fairness did help keep over a billion people from dying of starvation due to being economically cheap to produce, is nowhere near as healthy as, say, einkorn wheat, let alone with the way it’s processed to make it a cheap ingredient, making it a terrifying ingredient.

Soy: This one should be fairly easy to spot, even if you’re not in the ethnic food aisle. I’ll give edamame a pass on this one, but again (Great Value Jerky, you goddamn disappointment), you see this added in cheaper packaged foods, such as burger patties, as it is generally used as a cheap filler or a substitute for meat based protein. Other products are tofu, tempeh, and other replacements for things you actually want to eat, such as milk. Whole or fermented soy products aren’t nearly as harmful, but the refined concentrated versions certainly do.

Why It’s Bad For You: Particularly in oil form, they share some of the properties that other vegetable oils do as stated above. Another issue is, though soy does have decent nutrients, it also is high in a compound called phytates, which acts as a sponge for said nutrients, both from soy itself and whatever else you’re eating; it’s found in many plants and acts as a self defense mechanism, which is why people on a “raw” diet look half dead most of the time.  One of the most damaging effects, for men at least, is that some of the compounds in it act like estrogen in the body, leading to a whole host of problems you get when you disrupt hormonal balance. This is particularly bad the earlier you  consume soy, up to and including as children; it even has effects in the womb. Moral of the story ladies: don’t feed your babies Infamil.

Salt: It’s usually attributed to excess water weight, heart disease, stroke, etc. The reality is that, unless you have kidney issues or eat a salt block, you urinate out any excess.

Excess protein: Along with salt, it’s called on as hard on the kidneys,  but again, unless you’re on dialysis, your kidneys can handle them.

MSG: an ingredient used to enhance the savory/ umami flavor in foods (such as Chinese food). In excess amounts it might have neurological damage or overeating, but it’s hard to get that much from diet alone.

The funny thing is that many people demonize completely healthy things, particularly if they’re animal products like meat, cheese, saturated fat, etc. But look at that McDouble: cheap beef is supposed to be the killer (note: try not to eat cheap beef), but what about that white wheat bun, cheese filled with corn oil, and ketchup with corn syrup? That pepperoni on that pizza will kill you, not the whole wheat crust leavened with vegetable oil. Those eggs will give you diabetes, not the corn oil they’re fried in and the toast they’re served on.

Probably the worst example I can think of is the “healthiest breakfast”, which is finally being pointed out as completely false, that being breakfast cereal. Honey Nut Cheerios are “heart healthy”, but even without adding sugar yourself, the main ingredients are wheat and sugar. There are a million examples but just look at the back of the label; if a food is thought of as unhealthy (or even worse, if it’s a food marketed as healthy), see how many of those 3 ingredients in whatever form show up. Chances are they’re right there.

The takeaway from this? If you’re even slightly health conscious, you probably read food labels to see what’s in it. If you want a short cheat list to pick healthy food, look for these 3 things:

If you avoid 3 things, you will be ahead of the game. The only problem is this means you will likely have to make your favorite things at home, like burgers, pizza, tacos, sandwiches, hot dogs, whatever you like to buy for less than $10 in 2010’s USD. Because the reality is that wherever you buy your food, chances are it’s made with the cheapest ingredients, and those 3 up there are the cheapest to use. That’s one of the main reasons fast food is dangerous to eat full time.

Final note: yes, this may mean you will spend a bit more for your food, especially if you’re cooking for more than one or two people. Where this pays off HUGE dividends down the line is 1. Chances are the food you do eat will be both tastier and more fulfilling (you may even be able to go with only one meal a day like yours truly), and therefore you’re likely to actually break even compared to cheaping out and eating Arby’s. And 2. this point cannot be stressed enough: even if this does cost you more, the health effects down the line alone will pay off what you spend today? Your health, along with your time and sanity, is your greatest investment, allowing you to utilize and enjoy your other investments. Only question is this: where will you place your chips?