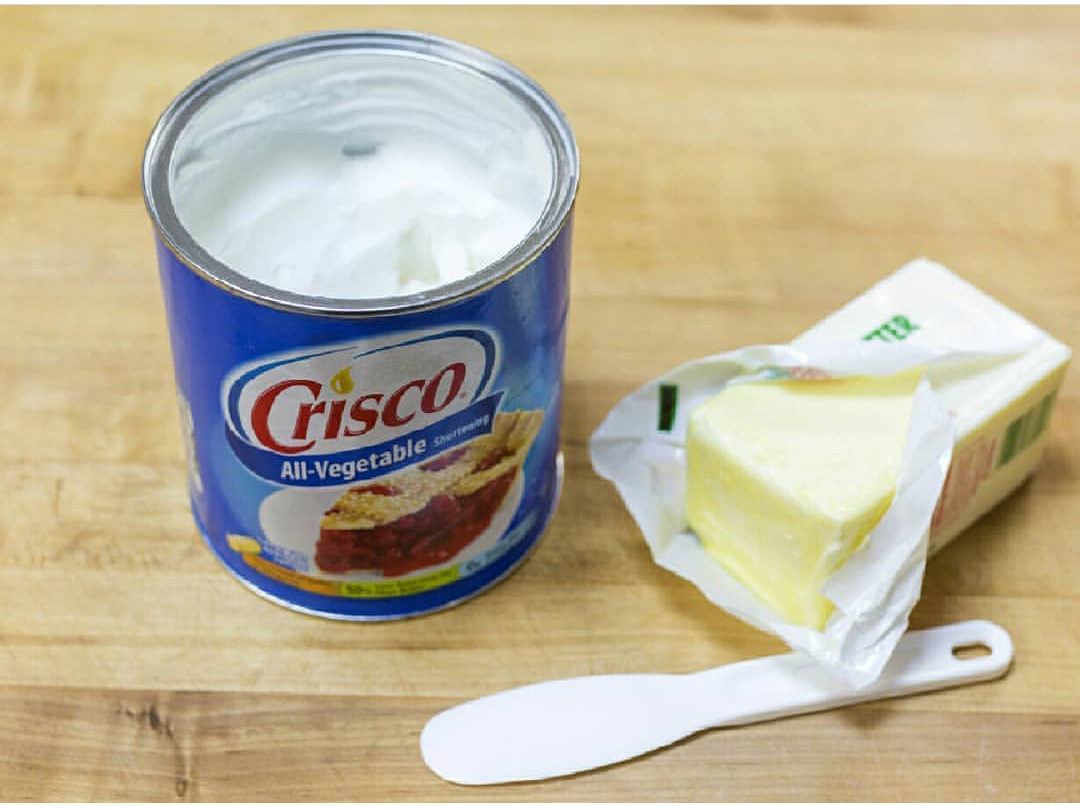 “Don’t blame the butter for what the bread did.” -Unknown

It’s been over 40 years now since the first guidelines were made in the U.S. limiting dietary fat intake, the primary focus being on saturated fats and food sourced from “red meats”., with the goal of curbing some of the dietary caused diseases affecting Americans at the time. I wrote a while back a bit on this in the article “The 3 ingredients that killed Fast Food”, and will be doing a more complete analysis on what I’ll be coining the Western Fast Food Diet, but I think the “War on Fat” needs to be addressed specifically, as there’s new information that’s come out, some of which may be life-saving. It is my hope, dear reader, this information will help prevent some of the consequences and casualties stemming from, in no small part, with the “War on Fat”.

So let’s start with some basic information: not the only person, but certainly one of the most cited, a guy named Ancel Keys published the “Seven Countries” study in the 70’s, with the conclusion that dietary saturated fat caused heart disease. This, along with other flawed studies, led to the dietary recommendations to limit fat from your food, primarily saturated fats, as that at the time was thought of as the cause. Replacing them would be foods high in carbs, added sugar, and unsaturated fats, polyunsaturated in particular. So what the hell does all of this mean?

Here’s what the term Saturated vs Unsaturated mean in regards to fats: it refers to the amount of double bonds at the molecular level.  There are 3 main categorizations: “Saturated” means there’s no double bonds, MonoUnsaturated means there’s one double bond, PolyUnsaturated (of which there are two main types, Omega-3 and Omega-6) means there’s 2 or more double bonds. Not only does this mean the fats are more stable the more saturated they are (this is why butter and bacon grease are more solid at room temperature than corn or canola oil, for example), it also means they’re far more resistant to oxidation and breaking down or going rancid, both qualities you really want in any fat you consume, especially if you’re cooking with it. It is important to note that no fat source is completely one type of saturation; even coconut oil, with the highest concentration of saturated fat, is about 90% at most.

As stated above, saturated fats have been demonized for decades, with polyunsaturated fats, Omega-6 heavy types in particular, being promoted over them as the “healthier option”. But is it a healthier option, or, like many narratives today, is it the complete opposite of the truth? Looking at just saturated fat, and what it does in particular, I think we can answer this question. References will be included at the bottom to try to keep this a bit more readable, but here are the basics:

Vitamins: many vitamins (such as A,D,E, and K) your body needs not only come from foods that are high in saturated fats, but are fat soluble themselves; you cannot get these vitamins where they need to go without fatty acids, and while there’s little evidence which type of fat stores them better, you might want the most stable of them to do so. Either way, cutting back on dietary fat makes it harder to get these vitamins, and process other minerals you need, such as calcium (which needs Vitamin D) .

Cholesterol: First off: cholesterol is a steroid every cell in your body needs, so much so that your liver produces it when you don’t get it from your diet; if you don’t have enough, you will die. To make this short: when doctors talk about cholesterol, they’re usually referring to the vehicles that transport it among other things, called lipoproteins. These are generally labelled as High Density versions (HDLs), or the Lower variety (LDLs). Even more complicated, LDLs can be either larger, or VDLDLs (Very Dense), which are the versions of LDLs that actually cause heart disease and other problems. Saturated Fats not only stabilize HDLs, but transform VDLDLs into HLDLs, which would help prevent heart disease.

Brain: This one is simple, really: over half of your brain is made up of saturated fat. And since everything in your body eventually breaks down and is rebuilt over time, and particularly since your brain uses almost a third of the resources allocated to your body, it is imperative it gets what it needs to function. If your body does not get enough saturated fats to supply the brain, it can make the materials from other things. The problem, which is why you want the base materials themselves, is that the conversion process is very inefficient, therefore getting the building blocks you need directly is imperative to your health. If you don’t get what your brain needs, it can’t function as well, which explains most Vegan arguments.

Liver:  This is what prompted me to write this, is the effect on your liver, particularly if you happen to enjoy a tasty alcoholic beverage now and then. There is new research out that shows that the reaction of alcohol and certain types of fats determines if you have fatty liver disease, liver inflammation, and related problems. Saturated fats were clearly shown to reduce pretty much all of the effects of drinking, while, conversely, heavily unsaturated fats increased said risks. Meaning that, since the “War On Fats” has started, a lot of deaths related to alcohol can very plausibly be linked to the fats you eat, which I’ll get back to in another article about how to avoid death by alcoholism.

Health Risks: As stated, Saturated fats have been blamed for the increasingly vast amount of health related issues, including CardioVascular Disease (CVD), Coronary Heart Disease (CHD), Stroke, and Type 2 Diabetes. Since then, there’s been plenty of research involving hundreds of thousands of perticipants on just this matter, and the results: Saturated fat is neutral in the worst case scenario. In fact, given the benefits of it stated above, and some of the research that it actually helps in some of the disease issues, Sat fat actually has a positive effect on your health. Disclaimer: this does not mean I advocate in any way putting butter in your coffee, or eating a ton of saturated fats in some other uungodly manner; I do advocate using it in place of the following.

Replacements: the powers that be, since fats, particularly the saturated variety, were called evil, had to have a replacement for them, not the least of reasons being that fats help give food it’s flavor . The answer, of course, was carbs from highly refined wheat, added sugars, and other things that used vegetable-based oils, including trans-fats, like Crisco and margarine in place of bacon grease and butter. These substitutes, as I covered in another article called “The 3 ingredients that Killed Fast Food”( Here: https://thegoddamnbacon.com/the-3-ingredients-that-ruined-fast-food), have been devastating to the average American’s physique, let alone leading to the, well, leading causes of their deaths:

All numbers are yearly, so let’s start with Cardio Vascular Disease: Recent numbers are at 610,000, or about ¼ deaths total. Coronary Heart Disease: somewhere between 370,000-480,000 per year, about 1/5th of deaths. Diabeetus (AKA Diabetes, if you aren’t familiar with Wilford Brimley) accounts for over 80,000 deaths. And finally, Losses to Fatty Liver Disease, as best as I could find from either variety (there’s reasons I have found that there’s no real difference between the alcohol induced type and the other, but that’s another conversation) is about 21,000. These numbers are debatable; I had trouble nailing them down myself. The question is how many of these people could’ve been lowered had we been given the right information, rather than what we were told, which was to take all fats from our diets, and eat carbs instead. The evidence, as you can read through below if you are so inclined, points to this shift in nutrition being very damaging to our bodies. So when I personally look at these numbers, which are the most recent I could find per year, I have to ask: do the people that keep preaching the same diet that could have very well stacked up so many bodies not know this, or, even worse, they know this and have preached these points anyway?

To include a personal story, as I usually do here: I was a fat kid growing up. During my very early ears, I was actually anorexic, and needed nutrition shakes to keep myself fed well enough, only for a few years later to have the opposite problem. These days, and I’m very happy to be doing so, I’m actually working on a visible six-pack, let alone the incredible shape I’m in today. But back then, I was a fat kid, and even some of the nutrition training I got was incorrect, the info of polyunsaturated fats type stands out to me in particular. I did lose lots of weight when I started biking full time for transportation, only to gain it right back when I stopped, because I kept up the same diet that powered it. It was only after I figured out what I know now about nutrition, and applied it to what I do now, whether I exercise or not, that I now have the level of health and good looks that I do now.

Even so, though I have quite considerable strength and speed given my muscle mass, and I have virtually no actual “belly fat”, I still have trouble getting rid of most of the fat I gained when I thought eating lots of sugar and vegetable oils was a good idea, and though they’re not as visible today, I’ll certainly never get rid of the stretch marks from them.  I have to wonder, had I been given the dietary knowledge I have now, what I would look like these days, let alone how my health would’ve been throughout my teenage years, when I was at my worst. And I have to wonder, when I see so many fat, unfit, and frankly unhappy people I see, what they would look like, let alone how healthy and happy they would be, had the “War On Fats” had not been enacted on, given how disproven it is and, given the inertia of ideas, how the misinformation continues to spread.  Don’t you?

4 thoughts on “Saturated Suicide: The Reality of the “War on Fat””