“Maybe we should’ve thought this through beforehand….” – Bacon 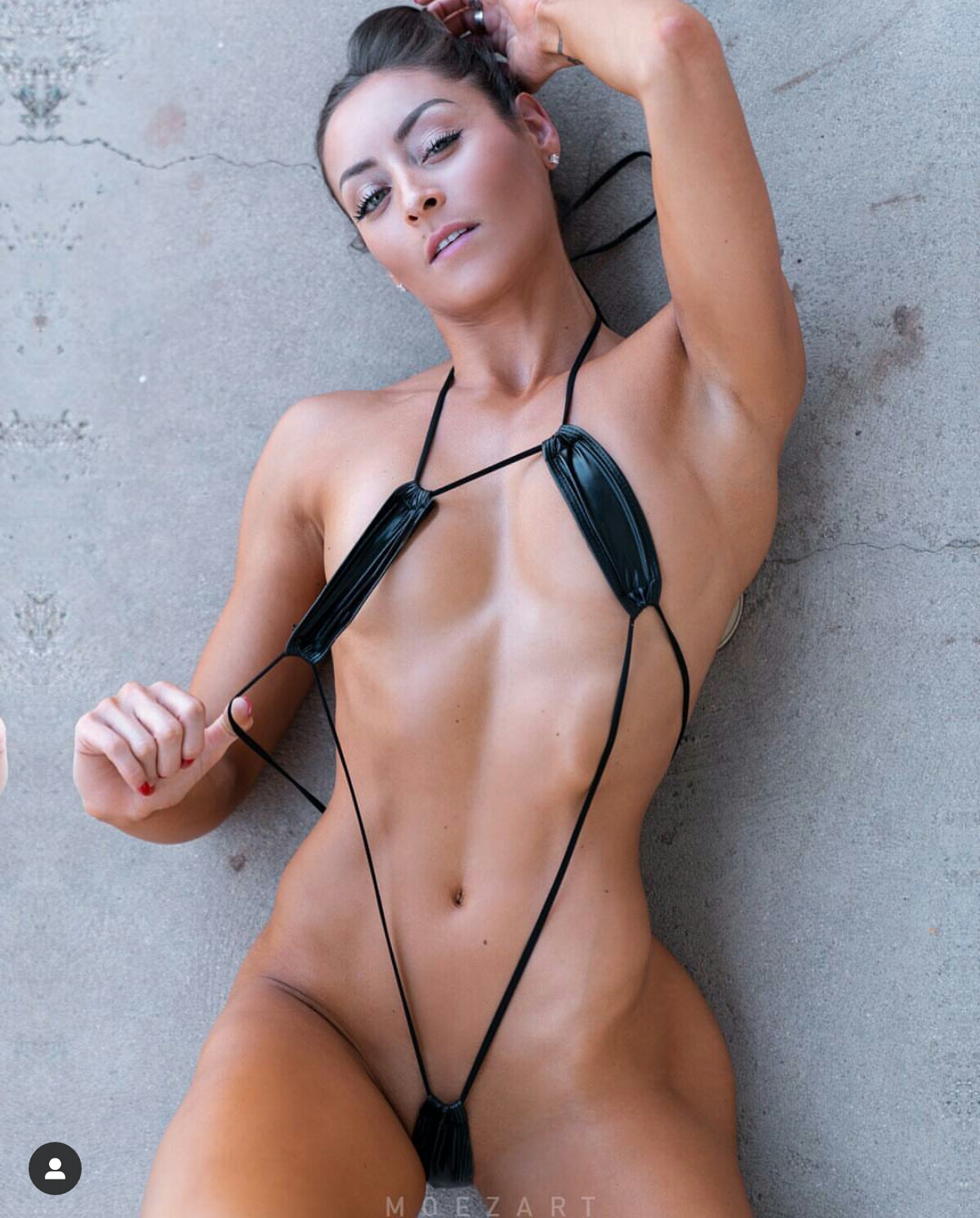 Wondering where I’ve been the last few days? It was finally time for me to escape the Socialist Superhub and hit the road for a few days! Did the attempt at livestreaming from behind the wheel end in a blaze of glory, and are there good breweries in tiny towns in Oregon? Check below and find out! 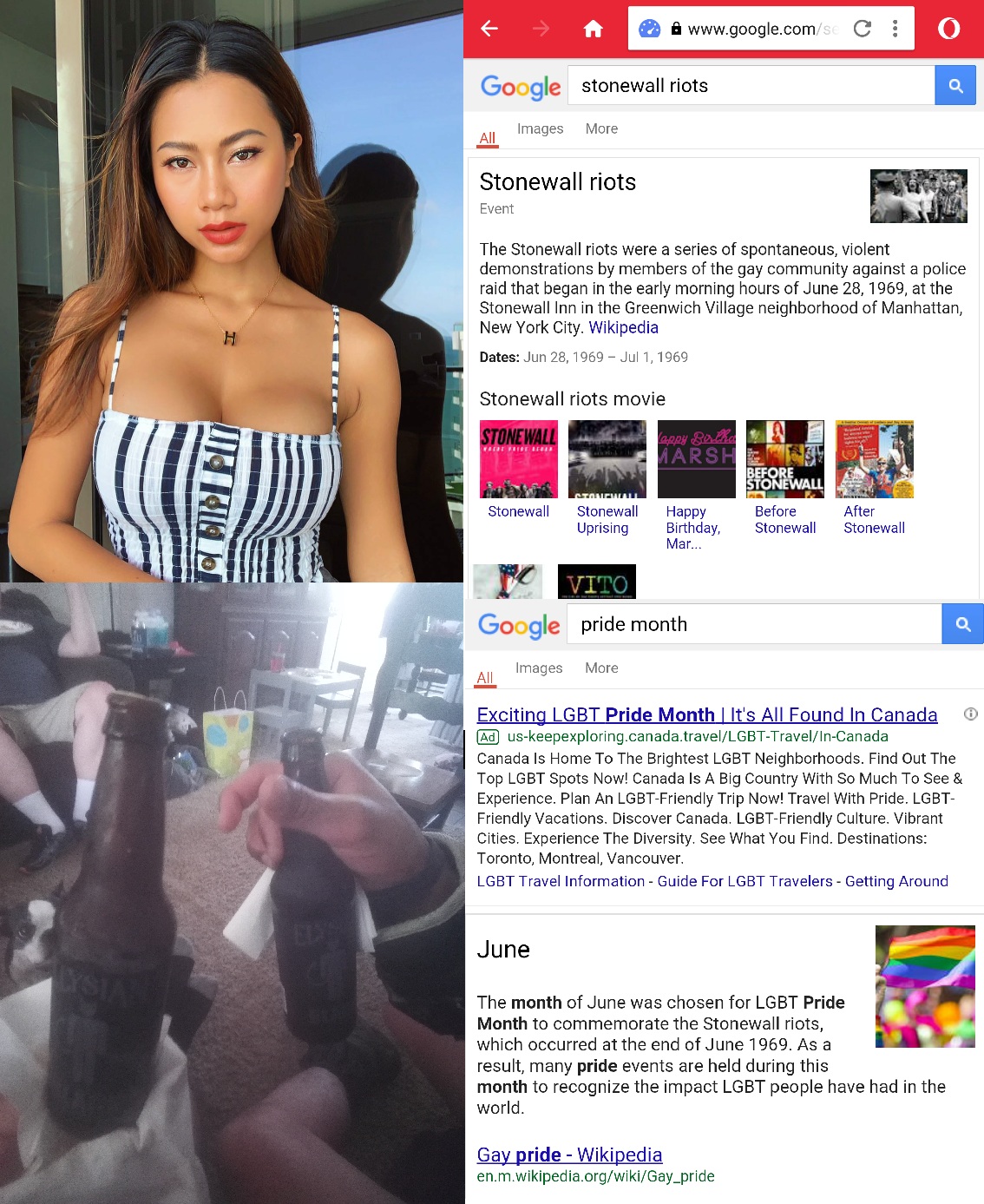 Episode 1. I learned this month was something called National Pride Month. Did you know about this month long holiday called Pride Month? I didn’t, so I decided to look it up! Did I learn more about adversities that homosexuals have to face, and is there real pride in a trait you were born with? Let’s find out, down below!

Episode 2. It WAS Father’s Day, so I decided to talk about terrorizing the family, eating free and delicious food, and other things I’m not technically qualified to talk about to, meaning I am the CORRECT person to listen to! Did I celebrate the holiday in good fashion, and do I have better reasoning and care for kids than even their parents? There’s one way to find out!

BONUS CONTENT! Decided to break open the headset to do some in the cockpit recording! How did I have time to set this up while on a freeway on ramp, and will this show end up being roadworthy? Tune in, and enjoy!

Bonus #2: The good times continued to roll after the Father’s Day Live Show, and since I had extra whiskey on hand I decided to launch the first ever Ask Bacon Anything! Does this technically qualify as overclocking, and was the Hot Russian Spy trying to kill me on my own birthday? Dive in to find out! 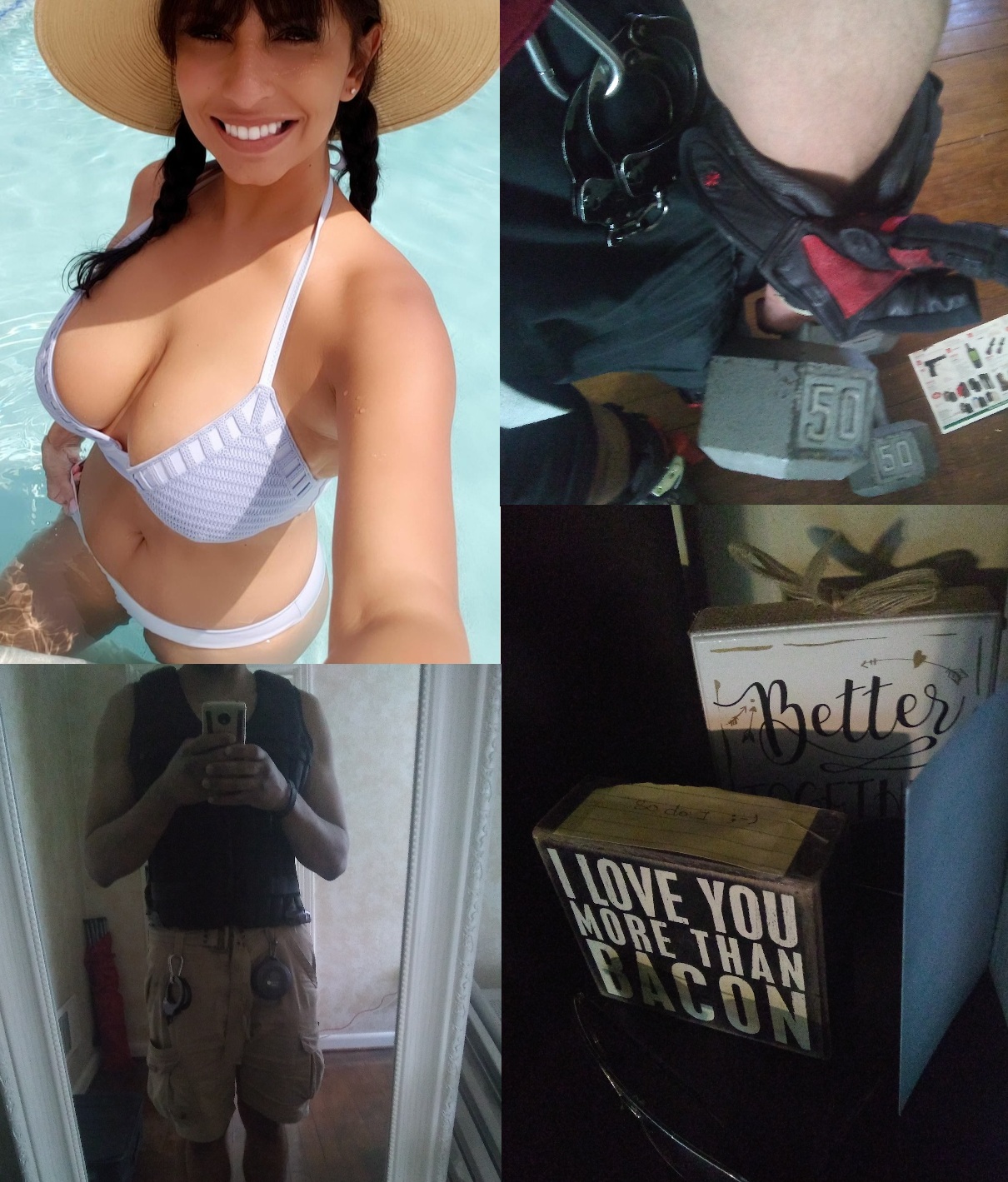 Millions of boys and men ask this question in a million different forms: How Do I Get The Girls? This jamoke running the site compiles some of his experience, research and painful/pleasurable experience into one episode! Is there really a secret formula to getting laid by the lovely ladies, and did a special guest cast a few doubts on the advice and experience dispensed here? Tune in down below to find out!

How To Get The Girls Here:

Ah yes, one of the episodes I have been looking forward to recording, at least the second half! Didn’t even get to any articles, but it’s nice to go free form and talk about your own experiences for an hour. Is a devestating heartbreak a requirement to becoming a strong man, and is it possible to get taken home by an post menopausal lesbian and a hot 21 year old within a year? Pour yourself a few glasses of scotch boys and girls, and put in the ear buds!

“The number one commodity today behind female beauty, are lies.” – The Goddamn Bacon 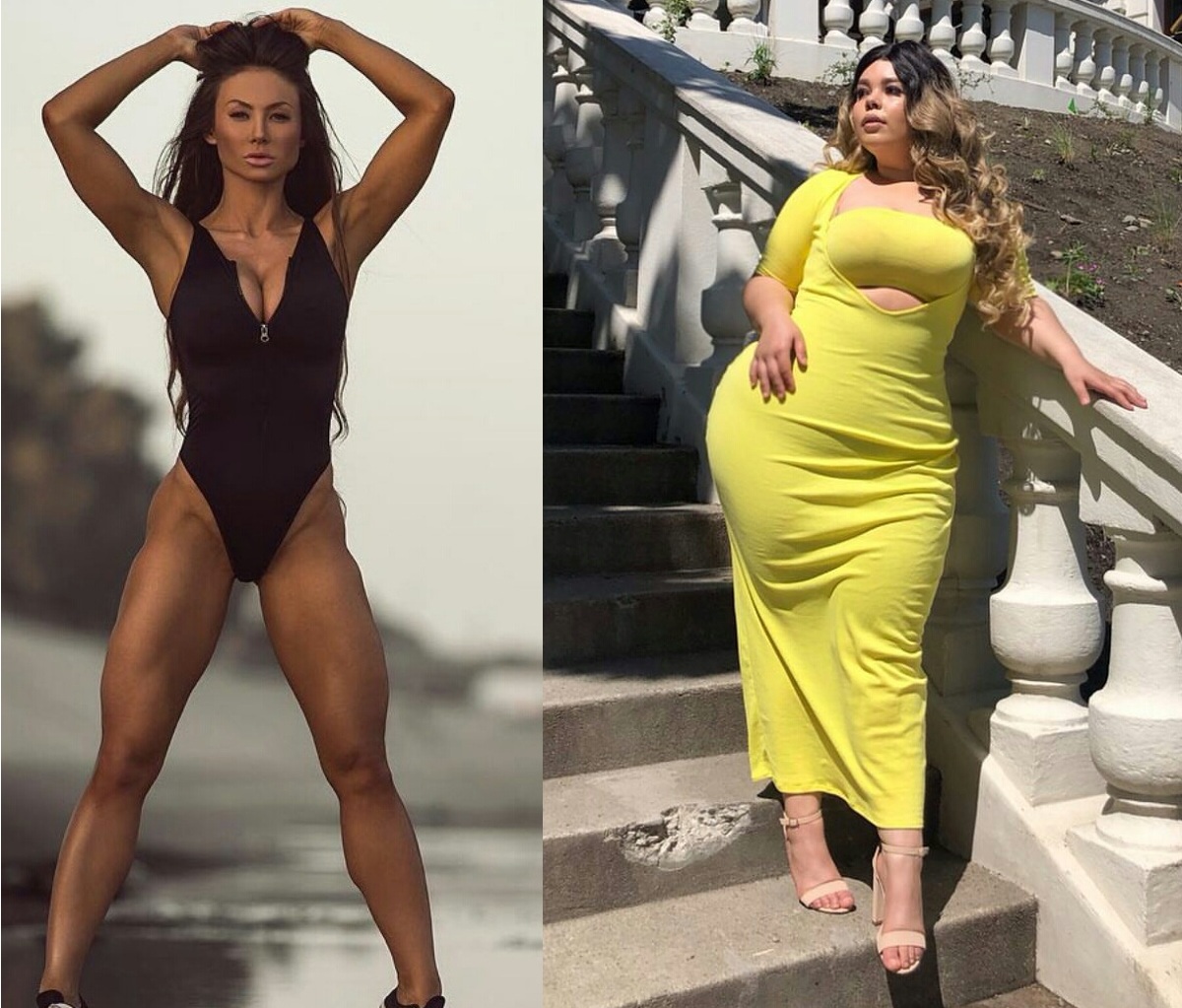 The following is an edited conversation with a good friend of the program here on Instagram, who has also provided a lot of the content that’ll be coming up on the next Laughter At Humanity Show. I thought it was good enough to be a good short article here; hopefully you find this enjoyable and insightful:
“Yeah I’ll definitely go a bit deeper into this on the show. But think about it logically: 1. Physically, it’s not healthy, for reasons we don’t need to get into, and 2. Guys aren’t attracted to fat. You can make the case for really destitute times in DurkaDelhiStan where a bit of extra body fat was a good thing (because it meant you were royalty and had excess calories around), or the “exception to the rule” who really is so solipsistic she only cares about her own opinion and likes being “curvy”, even though she feels the need to “broad”cast it (GET IT!?) to the world like that Tacoma chick; we can safely leave those discussions amongst the children to nitpick over while the adults have an actual conversation.
Anyway, here’s the truth of the matter: 1. If they REALLY cared about “body positivity”, there wouldn’t be a need to broadcast it all over the place, and there wouldn’t even be a term like “bodyshaming”: the vast majority of the movement is over something in their control such as being fat or being tatted up everywhere or other bad body decisions, and even if it were for things outside of your control such as a facial deformation or a missing appendage, most people already look down on someone mocking them. And 2. All women know DAMN well what other people want, especially guys. You know one of the reasons I post pictures of hot girls who may or may not be the league of entering my bed? Because those girls, who could be mocked for offering not much else of value, at least acknowledge what other people want, keep themselves in shape, and fucking deliver it. These “body positive” fucks also know what we want, and instead are trying to feed us a fat sandwich when we clearly want lean meat.
That which is a lie has to be propagandized and repeated. Again, those girls I post, some of them barely have to do any advertising, and they’ll headline on here just on clicks alone. These lying sacks have to shout “BIG IS BEAUTIFUL AND IF YOU DON’T LOVE OUR CURVES YOU’RE A FAT SHAMING SEXIST!!!” from the rooftops because they damn well know it’s a lie, both to themselves and to everyone else, and you wanna know why they do this? There’s a deeper reason for this, but the short answer is that they’re lazy. It’s easier to eat like shit and not hit the gym than it is to stay in shape and maybe put down the Hot Pockets every other day. And they’re so pathetic they can’t even do that, and they know it!
Of course, the instant response to this will be the “model” argument. “You just want all women to be skinny twigs!” “Real Men like women with meat on their bones!”. And my favorite: “Well we can’t all look like that!” The whole “Model” argument, as you might start noticing, is just another pivot designed to draw you back to their conclusion and not to convince you of what is true because again, these sacks are lying and they know it: they’d rather control your thoughts than face reality. Just as an aside, you know the reason guys have posters of super fast exotic cars, or when they grow up and become mechanics, signs outside their shop (or, if you’re Rich Cooper, doing podcasts in them)? Because their rare and they stand out. This is also why beautiful women don’t really need to advertise: they stand out. Of course not everyone can be a model: if that were true, there could be no such thing as a model, because they wouldn’t have the rarity to stand out. But you CAN actually keep yourself in shape and eat relatively healthy, since clearly we’re not exactly wanting for food here.
But again, the reason these people are deadset on telling you that they’re beautiful, rather than actually working on being beautiful, is because they’re lazy, and it’s easier to complain and convince the weak minded than it is to put down the ice cream and do some squats. Fine, not every woman is going to look like Danielle Chavez or Gabrielle Union, just like not every guy is going to look like Idris Elba or Chris Evans. But you can damn well at least put in the effort and try! Who knows, maybe to whoever you end up partnering up with might find you even hotter because guess what? The models barely have to work for it: you, by actually working for it, have the extra value of hard work and experience behind whatever good looks you get from hitting the gym and not being lazy, AND it’ll make you appreciate the hard work other people you’re around put in. Not to mention the sheer amount of benefits it gives you down the road of facing reality, rather than running from it.
So which one do you think is going to be the easier path down the road: lifting heavy shit, eating healthy, and putting the effort into giving other people what they want? Or sitting on your ass, subsisting on chocolate cake, and whining about how people don’t believe your increasing number of curves are beautiful?

“Hey guys, I just wanted to let you know you lost an customer because you won’t tell me what’s in your gluten free buns!” – Some salty chick 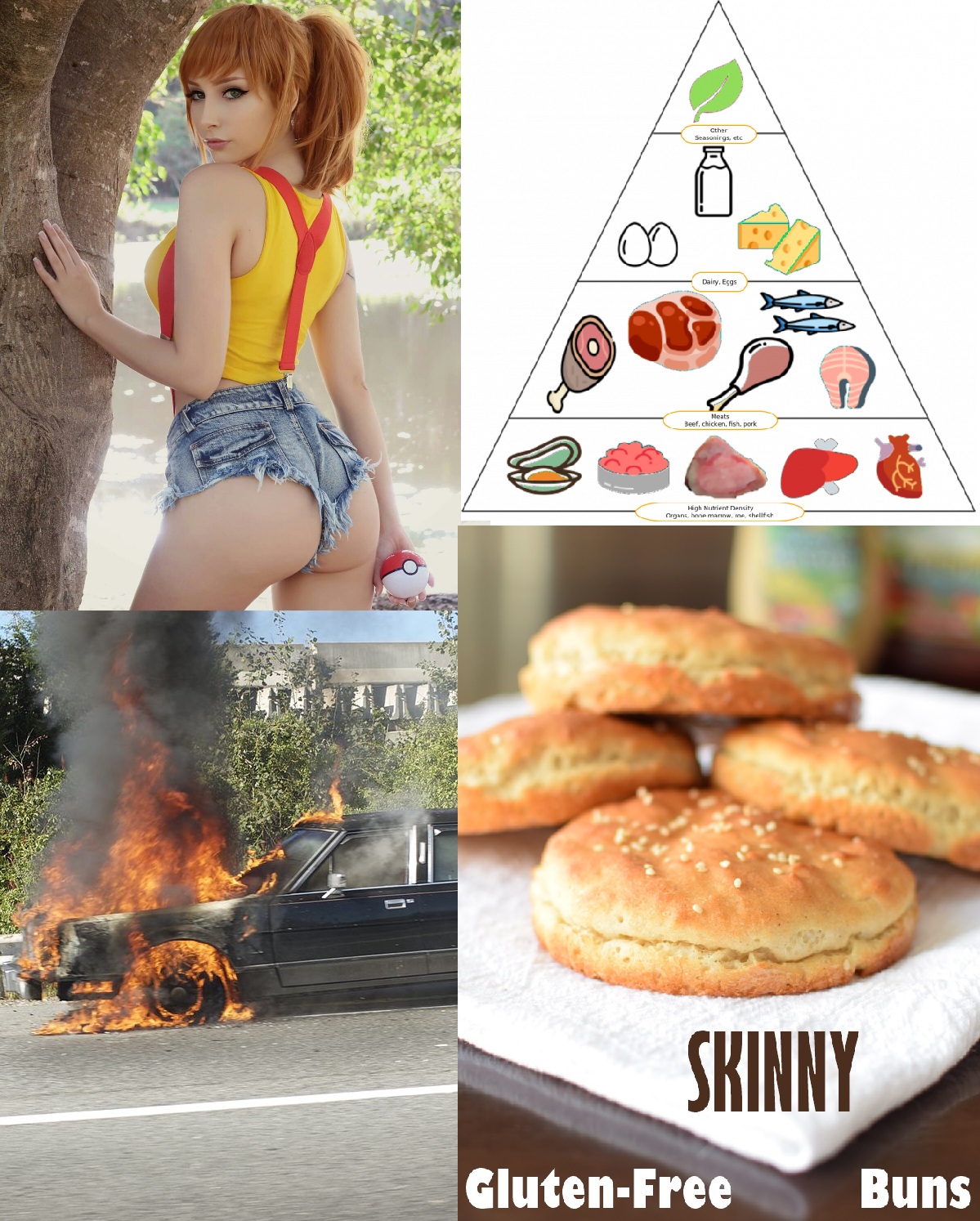 Holy Cow this week was filled with fucktardery galore! Decided to crack the headset open to see how well the microphone cuts out the driving sounds, since I might be going on a road trip soon and don’t want to miss a show. Did I successfully circumvent construction and stupid humans, or did I go down in a blaze of glory? Find out below!

(Note: I’m working on putting both recording together into one track: stay tuned)

Live From The Cockpit Here:

This particular show I had a bunch of notes to get to, , a few of which were questions answered that nobody asked for, such as which styles of combat martial arts are and whether I have racist genes or not. There is a call to action since Instagram is shadowbanning my account, including my own #thegoddamnbacon hashtag. Did a PNW chick passive aggressively exit a burger joint over a fake celiac free sandwich, and are Acura owners simply assholes that couldn’t afford Audis? There’s one way to find out!

Drunken Sunday Night Show 3 (damn do I work hard for you fuckers) Because I was annoyed at work and need to let off some steam, and had a couple of other things I needed to get to., so enjoy the extra content! Is leasing a Mercedes AMG A great investment to show off your high testosterone, and is carnivorism just another form of self identification? I don’t know: listen below and find out for yourself!